Once upon a time, there was a blank sheet of paper.  You know, that thing Ernest Hemingway was allegedly so scared of. 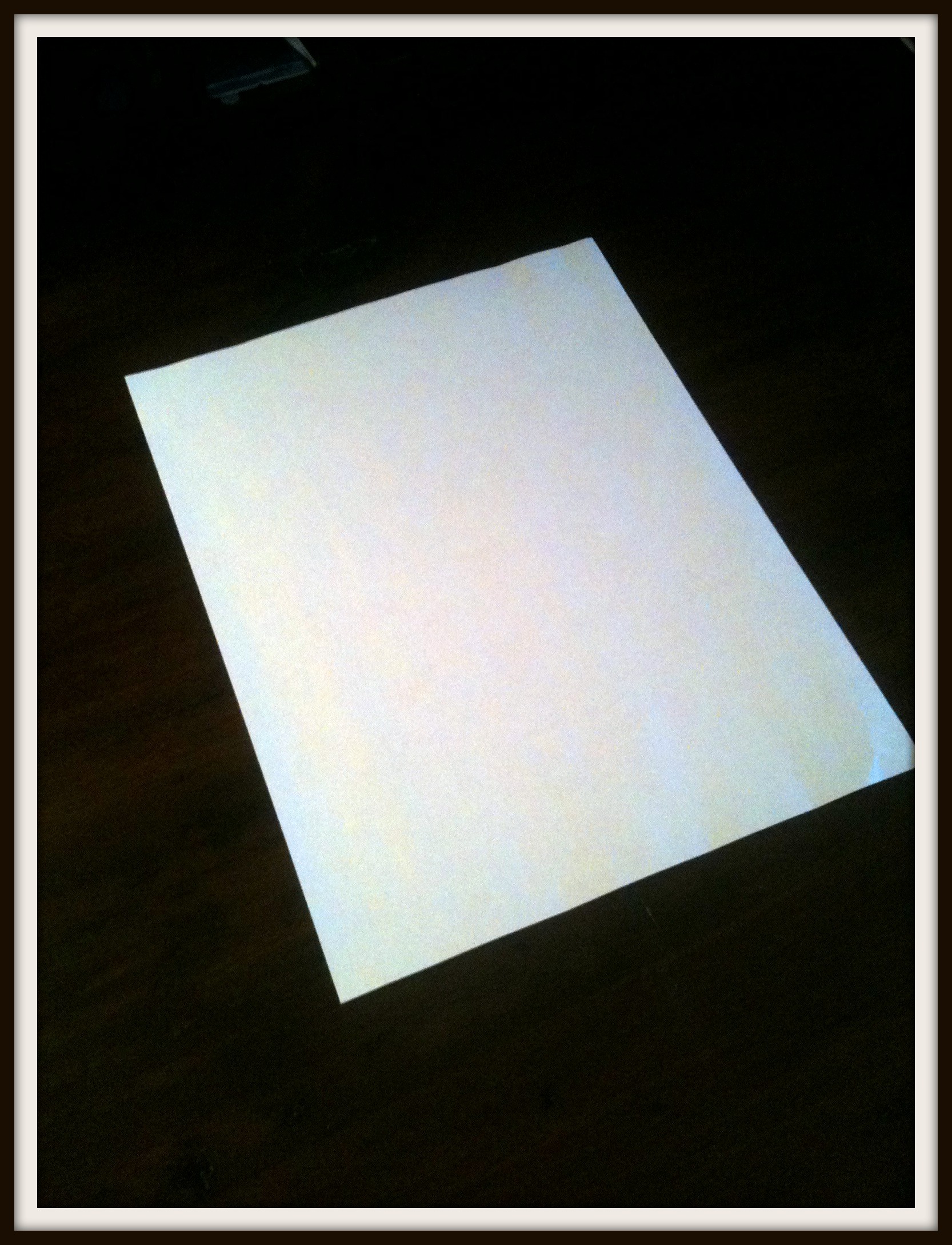 This blank sheet of paper (and a few hundred others) got written on.  Some guy had an idea for a story, and every morning at five o’clock, he hauled himself out of bed, switched on the coffee machine, and sat down to write for two hours, while the rest of his family slept.  The story was an elusive thing.  There were many wrong turns taken.  Whole plot lines lay abandoned on his computer’s hard drive.  Once-cherished characters got written out entirely. Some good ideas turned out to be very bad ideas.  It was an exhausting, enervating, frustrating and utterly wonderful journey.

Five years later, this is what he ended up with: 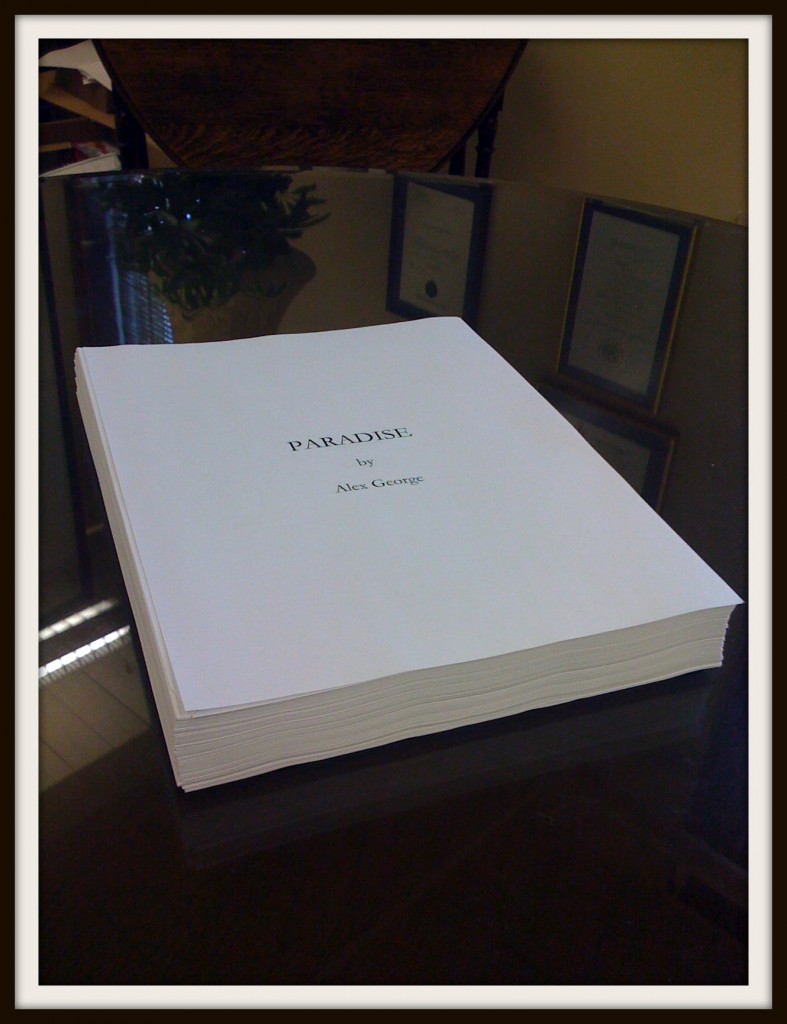 So: a book!  Or rather: a big block of paper with lots of words on it!

The guy sent this big block of paper to his literary agent in London, who liked the story.  His agent sent it to another agent in New York, who also liked the story.  Submissions began simultaneously in both markets.  Within days, there was a response from a well-known editor in New York.  She loved much of the novel, but couldn’t make an offer for it.  The last third of the story was too flawed, she said.

Over the course of the next few months, the big block of paper was rejected by everyone else, too.  Many people professed to love it, but nobody wanted to published the damn thing.  Most mornings there was another rejection waiting in the guy’s inbox.  He began to dread waking up.  He became despondent.  Sure, he still had his big block of paper – nobody was ever going to be able to take his story and his characters away from him.  It was still, people told him kindly, a wonderful achievement.

Finally, the guy called his agents and told them to stop the submissions.  Something was obviously wrong with the story.  It needed more work.  He hunkered down, and with a slightly heavy heart, attacked the manuscript once again.  The five o’clock starts acquired a new focus.  Six months later, he had a streamlined story, with a completely new ending.  This time, they submitted the manuscript to just one editor – the very first person to respond last time around.  And, this time, she liked it, and made an offer to publish it.  But, she warned, it still needed a lot of work.  Oh, and a new title.

The guy and his new editor talked long and often on the telephone, discussing what had to be done.   “A lot of work” was something of an understatement.  The guy sat down and beavered away for another six months, making wholesale changes to the story.  And the story was immeasurably better as a result.  A few weeks after he delivered the revised manuscript, this arrived in the mail: 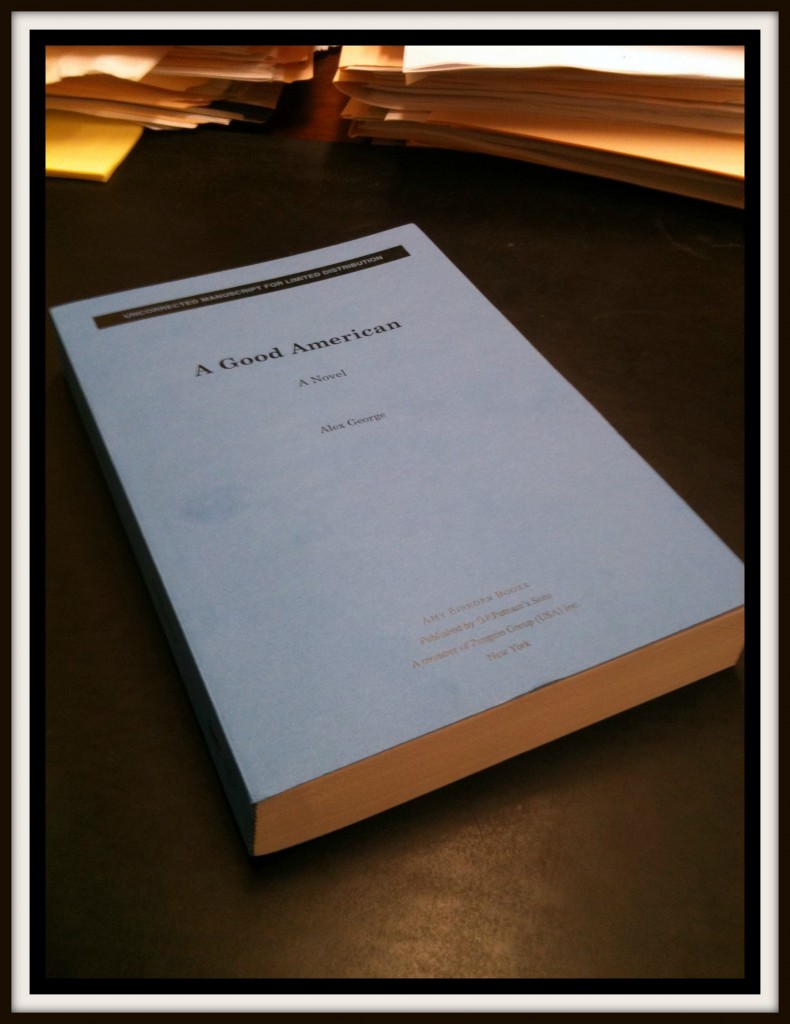 That, ladies and gentlemen, is an uncorrected early proof copy.  It is, frankly, a mess.  It’s full of typos.  The font size changes at haphazard moments, the pages are not properly formatted, and the cover, you’ll notice, won’t be winning any design awards, either.  But, to the guy’s eyes, it was a thing of beauty.  All those words he had been wresting with for so long finally looked like a book.  He no longer needed a carrier bag to haul his novel around.

Work continued.  The text was line edited, copy edited, proof edited, fact checked.  Every last syllable was scrutinized.  The guy read and reread, wrote and rewrote, until the words were swimming in front of his eyes.

Then came the cover.  And it was a thing of beauty.  Soon after that, galleys were printed, resplendent with gorgeous design and kind quotes from early reviewers. 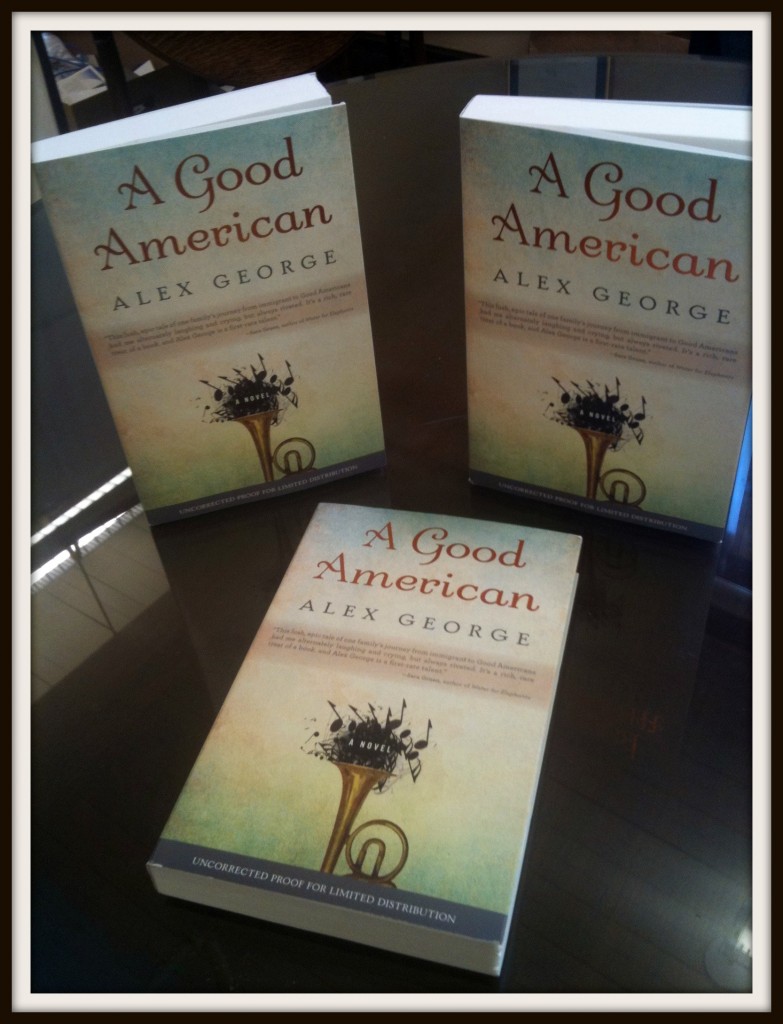 These beauties were sent to reviewers, booksellers, magazines and a fair few were sent out to readers.  Soon people began to talk about the book.  Reviews began to appear online.  A buzz was building.  (By this time, the guy’s left arm was a mosaic of black and blue bruises from all the pinching that had been going on.)

And then, just after  Christmas, this arrived in the mail. 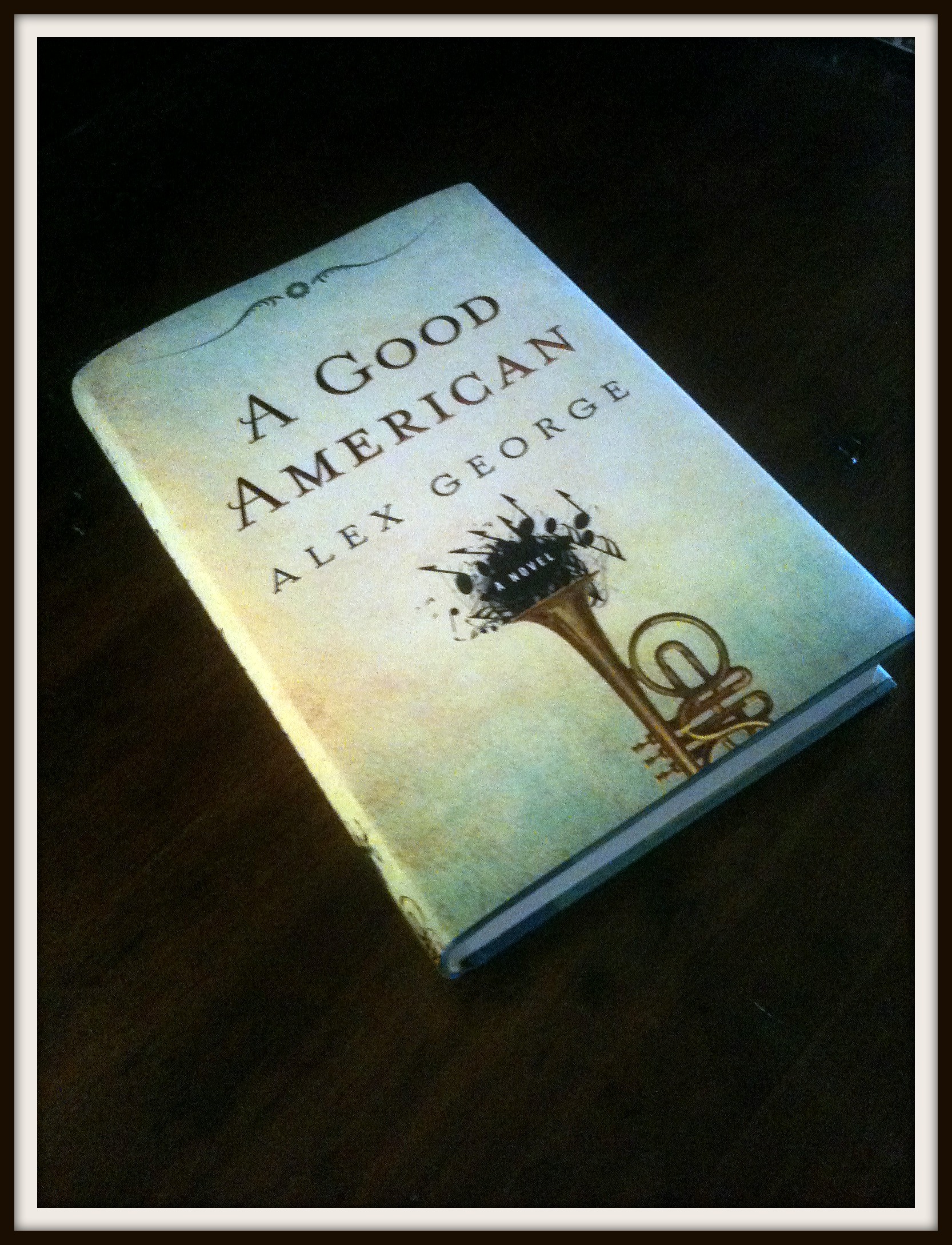 I’m kind of anxious to find out what happens next.