I love booksellers.  There is no feeling finer than walking out of a bookshop laden down with all sorts of books that you didn’t know you wanted or needed when you walked in.  Whole new worlds lie inside those covers – and now they’re yours, all thanks to the person who helped you choose ’em.  So, yay booksellers.  You rock.  Every last one of you.

In view of that, I was really looking forward to my trip last week in Minneapolis, visiting the annual trade show for the Midwest Booksellers Association.  This is an opportunity for booksellers from across the region to get together and gossip enthusiastically learn all about the books that will be published in the next several months.  A lot of the industry’s heavy hitters were in attendance to promote their new titles.

I had a peaceful flight in from Kansas City, during which time I remembered the joys of flying solo after my trip to San Francisco with my children.  One of my indulgences when traveling is to buy magazines which I usually would not dream of picking up.  This time I read Vanity Fair.  At a party the previous week two different people had told me about an article in the current edition (October 2011) which gives a great overview of the state of the publishing industry at the moment.  It was well worth the read.  The article concentrates on the publishing process of one book in particular, The Art of Fielding by Chad Harbach, which sounds amazing and has immediately gone to the top of my To-Be-Read list.

I was met at Minneapolis/St Paul airport (which is the nicest, cleanest airport I have visited) by a very nice man in a very nice car and driven downtown to my hotel, which was also very nice.  That evening Penguin were hosting a dinner to introduce me to some of the most influential booksellers in the Midwest.  My fabulous editor and publisher, Amy Einhorn, was flying into town for the occasion.  This is what is commonly referred to as a pretty big deal.  I had been told by the Penguin publicity team that I would be expected to say a few words about A GOOD AMERICAN, and so I wandered about downtown, looking about me and trying to work out what to say.  Downtown Minneapolis is very clean.  The architecture is striking, a pleasing mixture of achingly (but tastefully) modern and well-preserved older buildings.  There didn’t appear to be many people on the streets, which I found curious – until I looked up.  Due the inclement weather that they suffer for much of the year, there is a system of overground tunnels that link the buildings together, allowing people to scuttle across the area without ever having to face the elements outside.  Above me were crowds of Minnesotans scurrying about their business like lab mice. 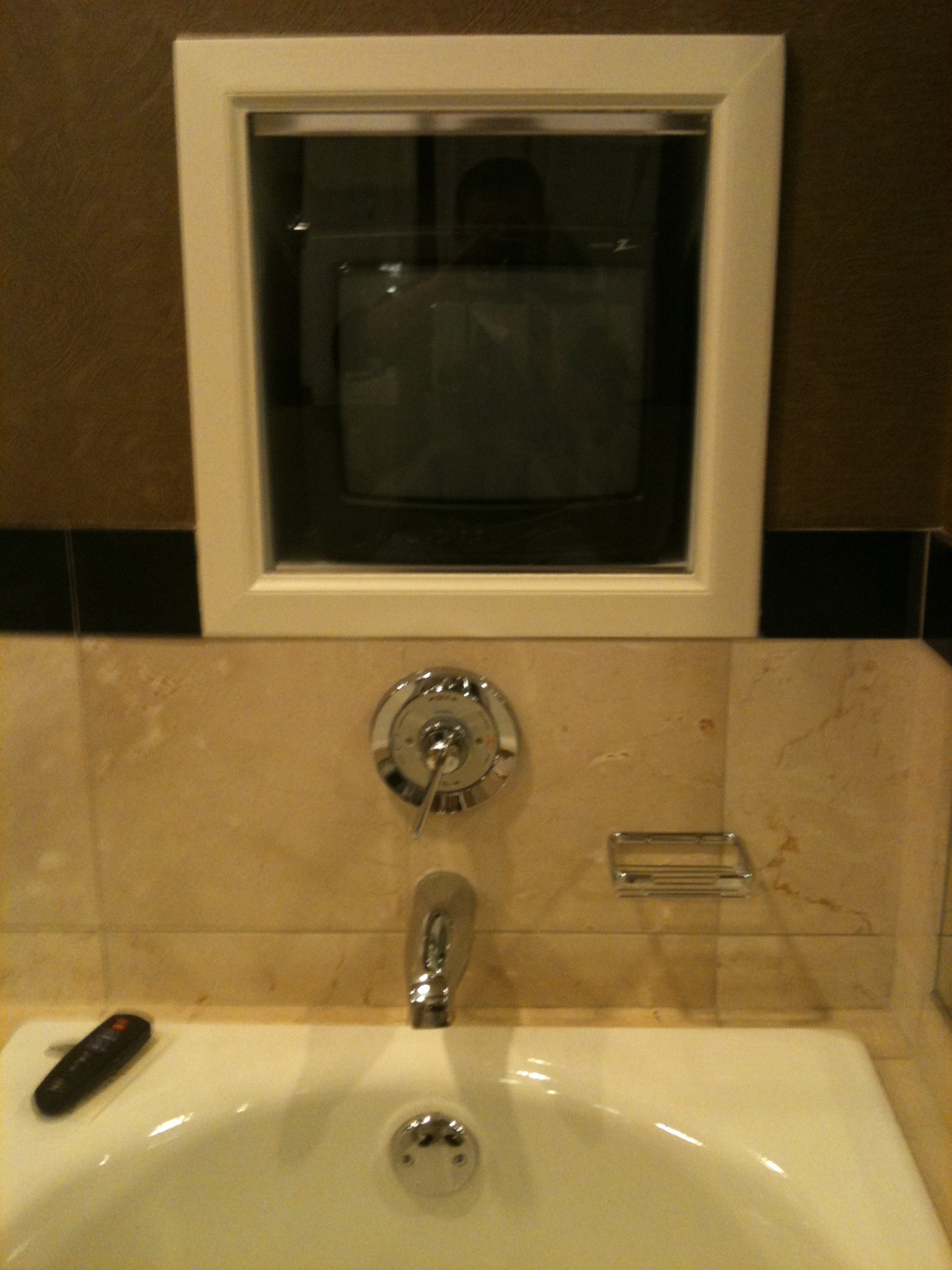 Yes, the bath had a television installed over the taps.  I’m honestly not sure why I was tickled by this – I didn’t turn the thing the whole time I was there – perhaps it was the unabashed decadence of it that appealed.  Anyway, the fact that we had both sent photographs home was even funnier than than the thing itself.  I hadn’t seen Amy since a long breakfast in New York a few months previously, and we spent a great hour catching up over cocktails.  Amy is the sweetest, most down-to-earth person, in addition to being an utterly kick-ass editor and publisher.  And she takes pictures of hotel room amenities, just like everyone else does.  What’s that?  Oh.

Anyway – the meal, in a private room at a nearby restaurant, was tremendous fun and also very interesting.  It was great to meet Joe, the Penguin sales rep for the area, and Diana, who co-ordinates hardback sales nationally.  There were representatives from the wonderful Rainy Day Books in Kansas City; Watermark Books in Wichita; The Bookworm in Omaha; Magers & Quinn in Minneapolis; Next Chapter Bookshop in Mequon; Bookcase in Wayzata; and Books & Company in Oconomowoc. As an additional bonus we were also lucky to have the delightful author Clare Vanderpool, whose novel, Moon Over Manifest, won this year’s John Newbery Medal.  August company, indeed.

Amy introduced me, and I talked a bit about the genesis of the book.  There then followed a fascinating discussion about books, the book industry, and (most interestingly for me) what our guests thought made for the best author events.  There were some who thought that authors shouldn’t read a word from their books – better simply to talk and give insight about the process and inspiration for the book in question.  It wasn’t a unanimous opinion, it should be said, but it was an eye-opener for me.

Before I knew it, it was way past my bedtime and a wonderful evening had whizzed by.  Next post will relate the following day’s events, at the show itself.