A couple of years ago I was asked to give a talk to the Mid-Missouri Writers’ Guild about how to find time to write.  I suppose I was quite well qualified to waffle on about this, since – at the time – I was running my own law firm, overseeing operations of the largest outside water park in mid-Missouri (both practically full time jobs) and also working on my novel for a couple of hours every day.  Oh, and I was also a husband and dad. 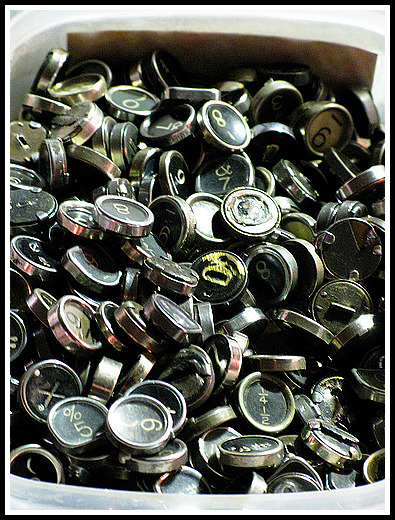 The talk seemed to go quite well, and for ages I kept thinking that I should try and take what I’d said (complete with pretty slides) and turn it into a series of posts for this blog.  When I tentatively raised the possibility the other day on twitter, the response was gratifyingly enthusiastic.  It seems that this remains the principal obstacle that many writers face: how does one carve out enough time from a hectic schedule to write?  How many times have you heard people say they’d love to write a book, only to shrug and say they simply don’t have the time?

Here’s the thing: if you really, really want to write a book, you can find the time.

Oh yes you can.

It’s really not that hard.  You just need to be determined, and a bit bloody-minded about it.  You need to recognize the obstacles before you for what they are, and then deal with them accordingly.

The internet is heaving with advice for would-be writers on everything from what chair to sit on to what sort of cheese you should serve at your launch party, and most matters in between.  I’m a little skeptical, I will admit, about most of this stuff, because writing is such a solitary and intensely personal experience.  What works for one person may be a disaster for the next.

So with that caveat firmly in mind, in this first post of the series I am going to tell you how I have written all five of my novels.  I am not suggesting for a moment that this is going to work for anyone else, but it seems like an obvious place to start.  In future posts I will try and extrapolate some general principles that might help you decide what works for you.  None of this is rocket science; far from it.  If I was able to work it out, then so can you.

What Worked for Me

When I first decided that I wanted to write a book, I was working as a lawyer in one of the largest corporate law firms in the City of London.  It was a high-pressured job, to say the least.  We frequently worked weeks of 70 hours or more and often would pull all-nighters to get deals done by client-imposed deadlines.  Given that I never knew when I might get home in the evening, I quickly realized that if I wanted a regular time to write, the only option was to get up early in the morning.  It was the only time I knew I would be at home and undisturbed.

So that is what I did.  I set my alarm clock for five o’clock every morning.  Every day I hauled myself out of bed and yawned in front of the computer, wondering whether this was really such a good idea.  But I was there.  And while I was there, I pecked away at the keyboard, putting words down, one after the other.  I didn’t give up.  I kept at it.  Every morning.  And the astonishing thing was that in the end (after an awful lot of mornings, admittedly) there were enough words for a book.

And, in a funny sort of way, that’s really all there is to it.

Books do not write themselves.  Nobody produces anything unless he or she puts in the necessary time at the coalface, chipping away.  So forget technical issues about voice or metaphor or any of that crap.  Don’t even worry if you have the necessary talent.  None of that matters if you don’t sit down and write.  None of it matters unless you have a plan.  Work out when you can write, and once you’ve found a time that works for you, guard it with your life.  Make it a priority.  Brook no interference or intrusion.  It should be sacrosanct.

Then all you have to do is keep at it.  Of  which more later.