On Monday morning, the nice UPS man knocked on my office door with a package from New York.  In it were five galleys, or Advanced Reading Copies, or ARCs, of A GOOD AMERICAN.  These are, essentially, final softcover versions of the book (it will be published in hardback) complete with (brilliant) cover art, embarrassing author photo, blurbs, and what-have-you.  Penguin have produced a ton of these for circulation to reviewers, booksellers, bloggers, and other influential book-lovers in the hope that those lovely people might be prompted to write or talk about the book in advance of its publication in February.  I believe the technical term is creating a buzz.

I posted here about the very special moment when you finally hold something resembling a book in your hands for the first time.  Needless to say, it’s something else again when the book looks dangerously like the finished product.  I know I’m biased, but I think they look rather splendid: 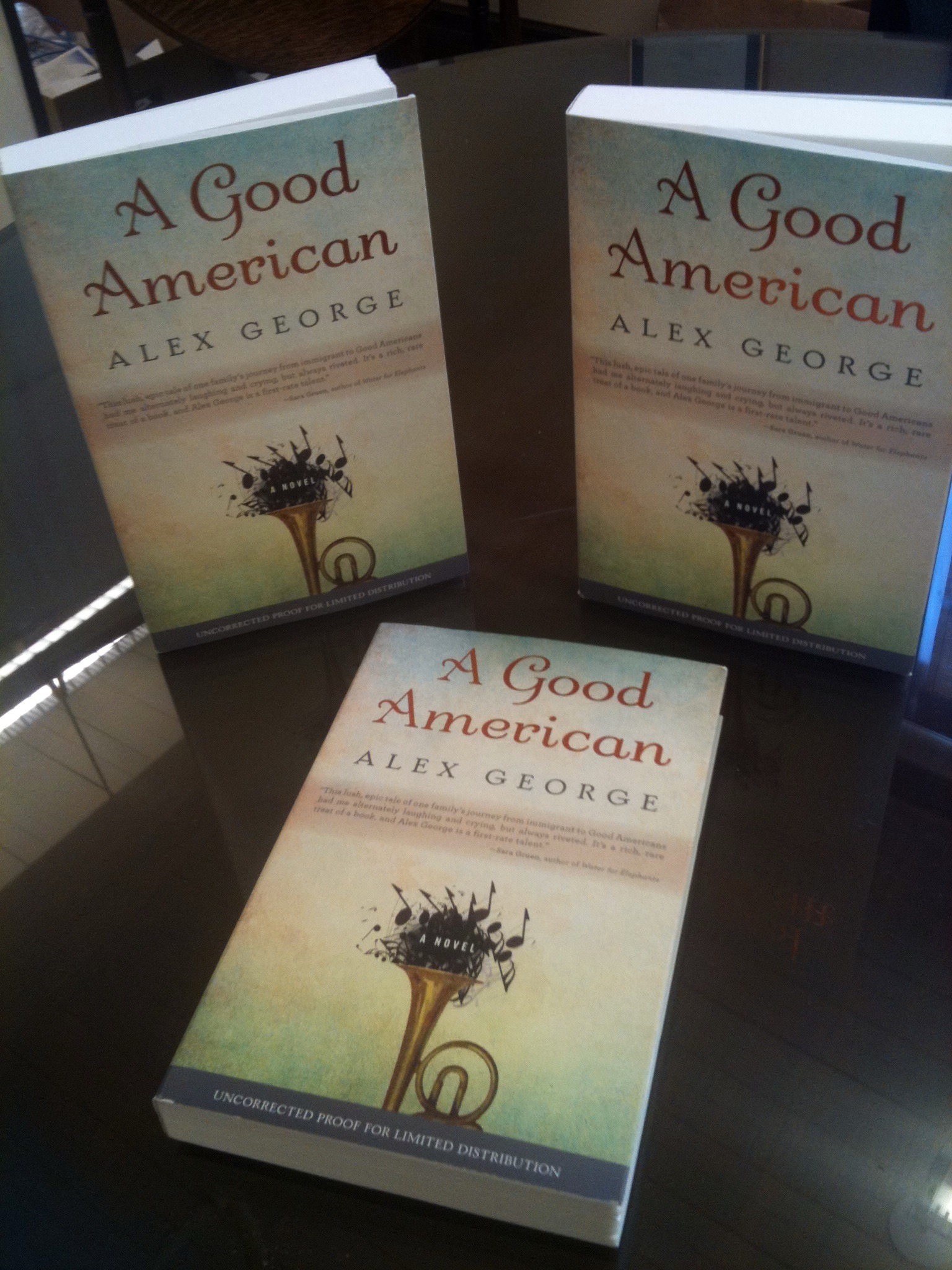 So, now these babies have begun to make their way out into the publishing world.  I’ve already spoken to a couple of indie booksellers who have received their copies.  This is when the fun really starts.  Up until now it has been those nice people at Penguin saying how much they like the book – but then, the cynic/realist/gloomy bastard in me says: well, they would, wouldn’t they?  That is, after all, their job.  Now, though, my little book will come under the unblinking eye of some of the smartest, best-read people on the planet.