I have developed a peculiar fondness for making scrambled eggs for my son.  I have adapted a recipe I found in Eat Me, the brilliant cook book by Kenny Shopsin, proprietor of Shopsin’s in Greenwich Village.  (We were introduced to Shopsin’s by our friend Don, who actually appeared in the hilarious documentary about Kenny that was made a few years ago, I Like Killing Flies.  Don knows a thing or two about food – he now owns the wonderful Rabelais Books in Portland, ME, with his lovely wife Samantha.)

There is something profoundly satisfying about cooking eggs.  One of the principal characters in A GOOD AMERICAN is a short-order cook in a diner.  And – thinking a little bit of Kenny Shopsin – here is what I wrote:

“Each morning Joseph took delivery of dozens of fresh eggs from local farms, and by lunchtime every single one of them was gone. There was nothing he enjoyed more than cracking an egg against the side of a hot skillet and watching it cook. He loved the swift metamorphosis from limpid translucence to opaque, wholesome goodness. Poached, over easy, sunny side up, it didn’t matter—each one slid perfect from his pan, yolks as rich and runny as liquid gold. He produced glistening clouds of creamy scrambled eggs. He created omelets as light as air. He cooked other things during that morning shift—crisp rashers of bacon by the pound, fistfuls of sausage, tottering piles of pancakes, crunchy mountains of hash browns—but he was a magician with those eggs.”

Sometimes it’s easier to write about something than to do it.  That’s certainly the case when it comes to playing a musical instrument.  You can have your characters play like virtuosi without having to put in all the hours of practice yourself.  The same goes for cooking – much as I would like to, I don’t possess Joseph’s (or Kenny’s) deft touch with the eggs.  But sometimes I do all right. 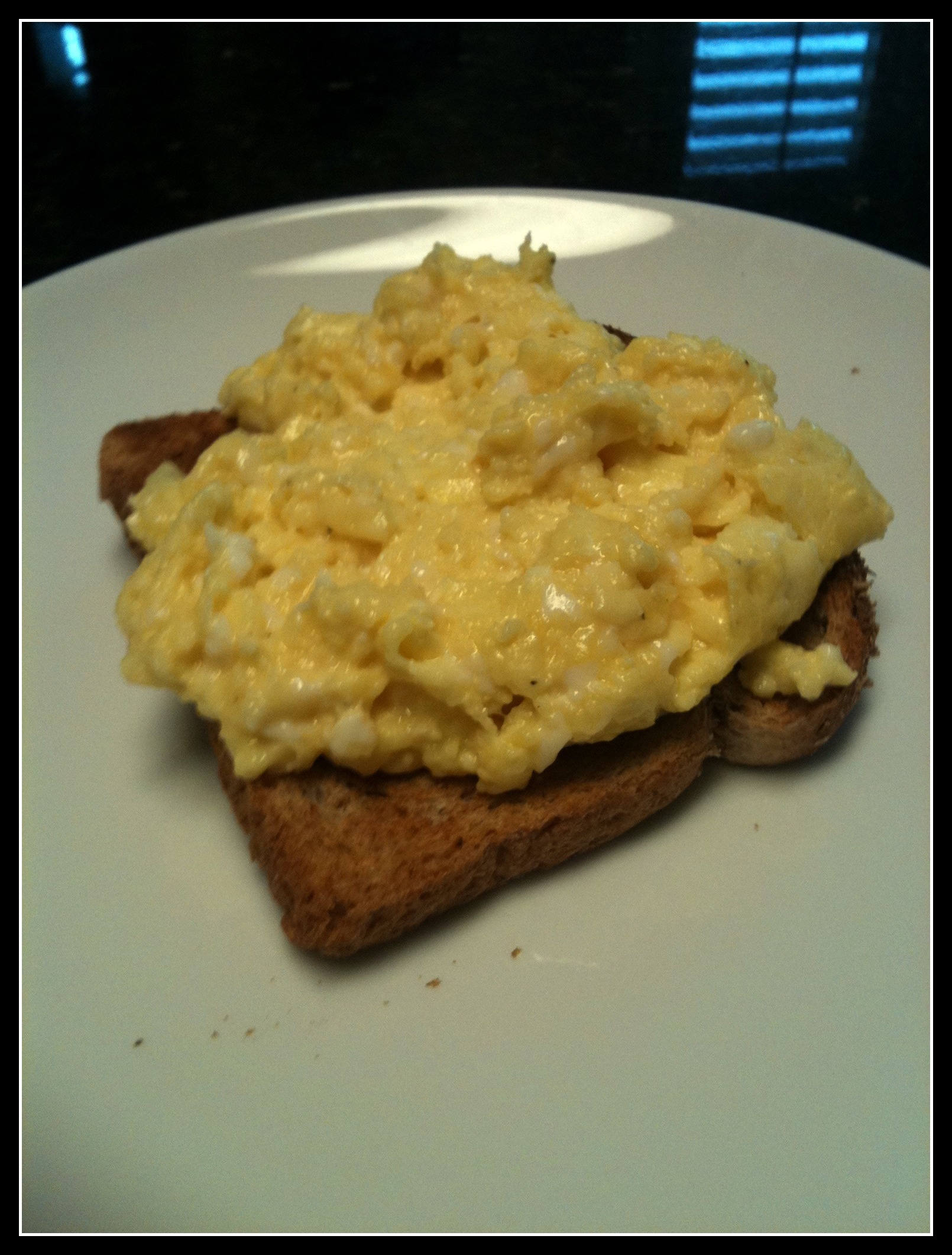