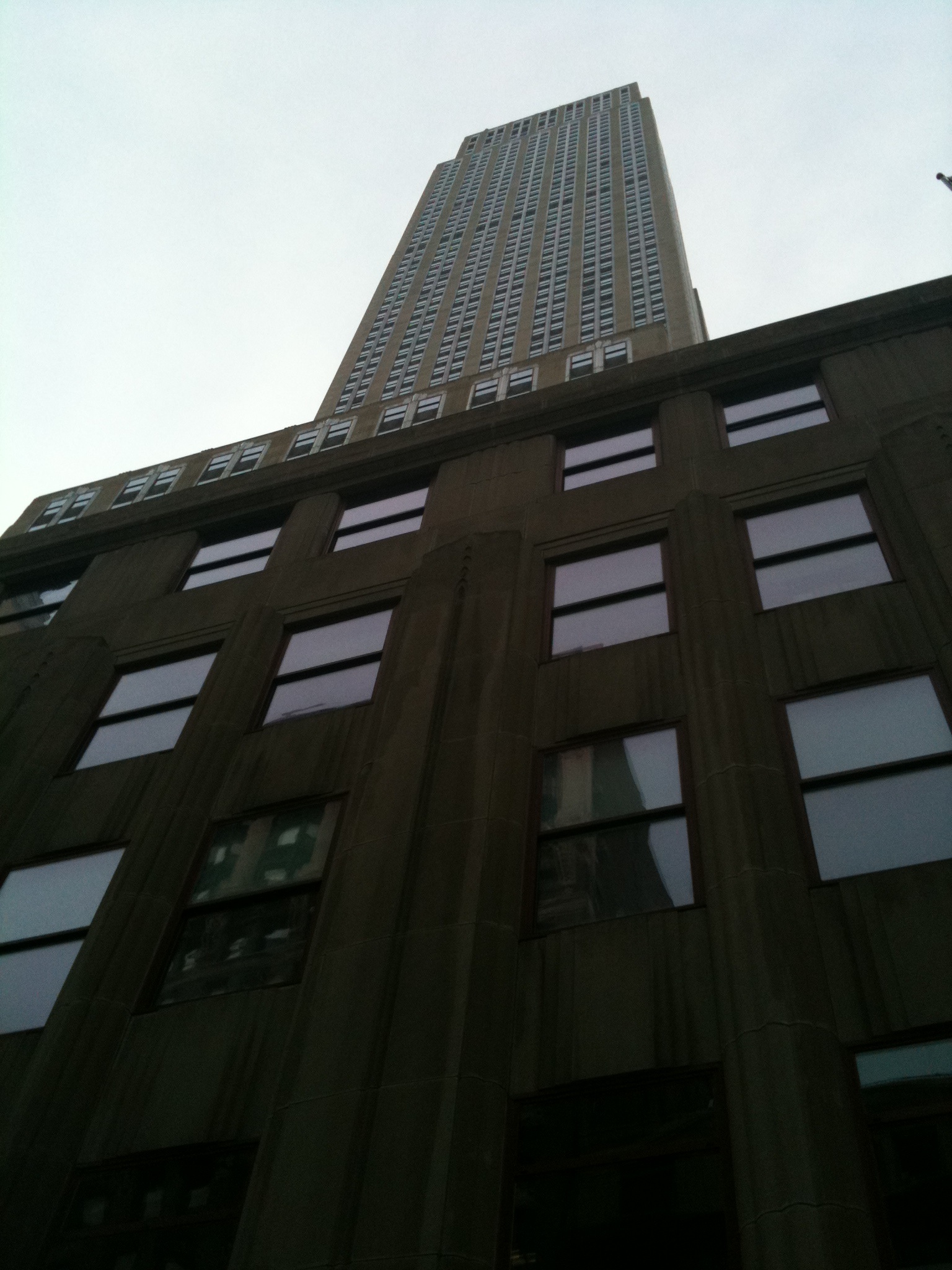 I like to think I know my way around the town, just a little bit – enough, at any rate, not to want to be seen gawping like a tourist and snapping photos every thirty seconds.  Hence this terrible photo of the Empire State Building, surreptitiously  snapped with my iPhone two evenings ago, as I pretended that I was another world-weary commuter on his way home.

In fact, I was buzzing.  My week away in England got extended by an extra day as Penguin graciously to pick up the tab for me to change my flights so that I could stay overnight in Manhattan, rather than continuing straight on back to Missouri, as I had originally planned.  Better yet, they put me up at the Trump Soho, a marvel of testosterone-heavy, downtown swank, and way too hip for the likes of me.  Even the bloody plumbing defeated me.  I spent ages desperately trying to drain the water from the bath, but nothing I could do would get the plug to move.  In the end I sheepishly left the water where it was, reasoning that someone more sophisticated than me would eventually make the damn thing work.  I was also impressed that there was a telephone installed next to the loo.  Better yet, said telephone knew who I was: 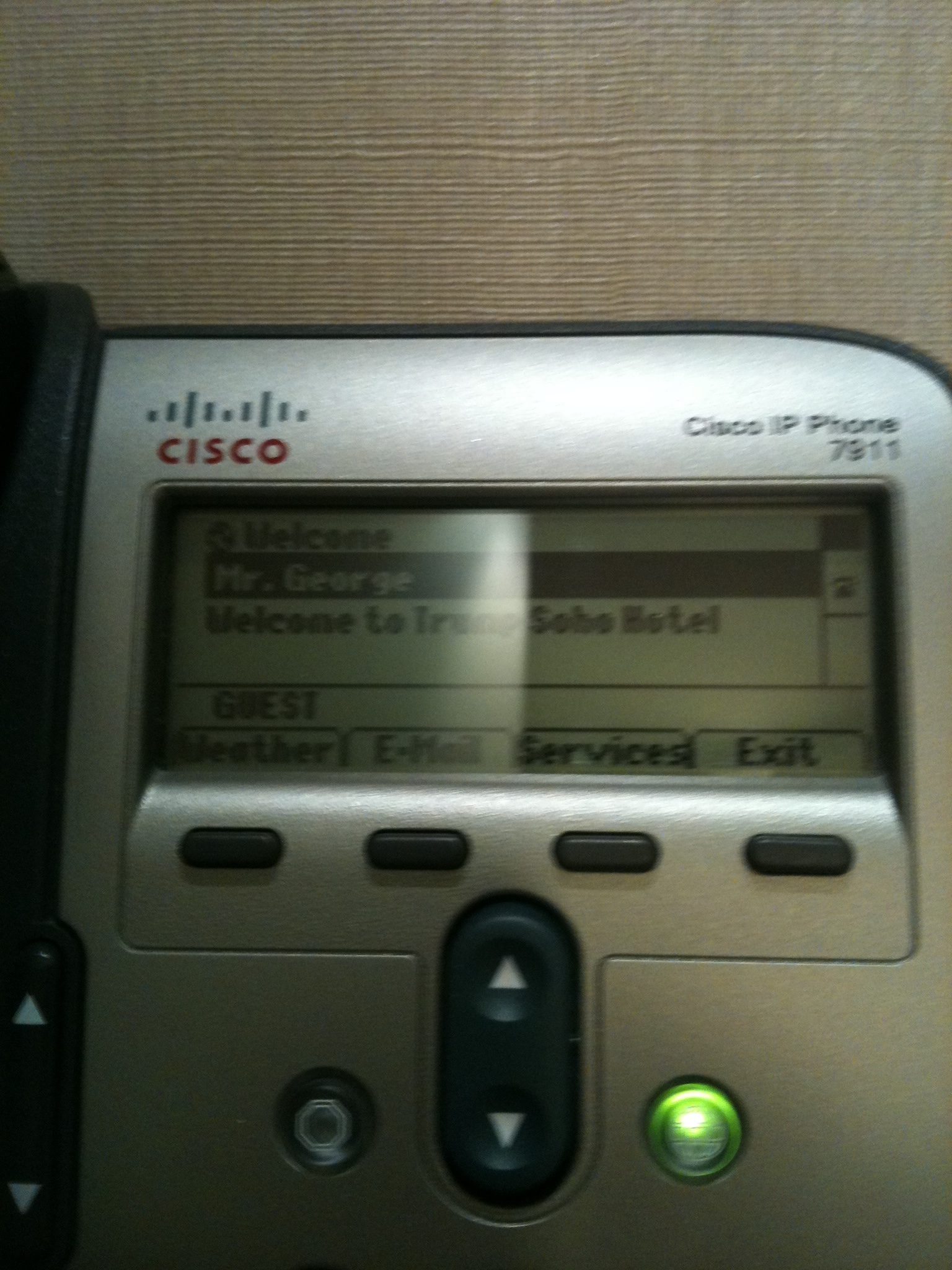 Then there was the bed, which was as big as my first flat in London: 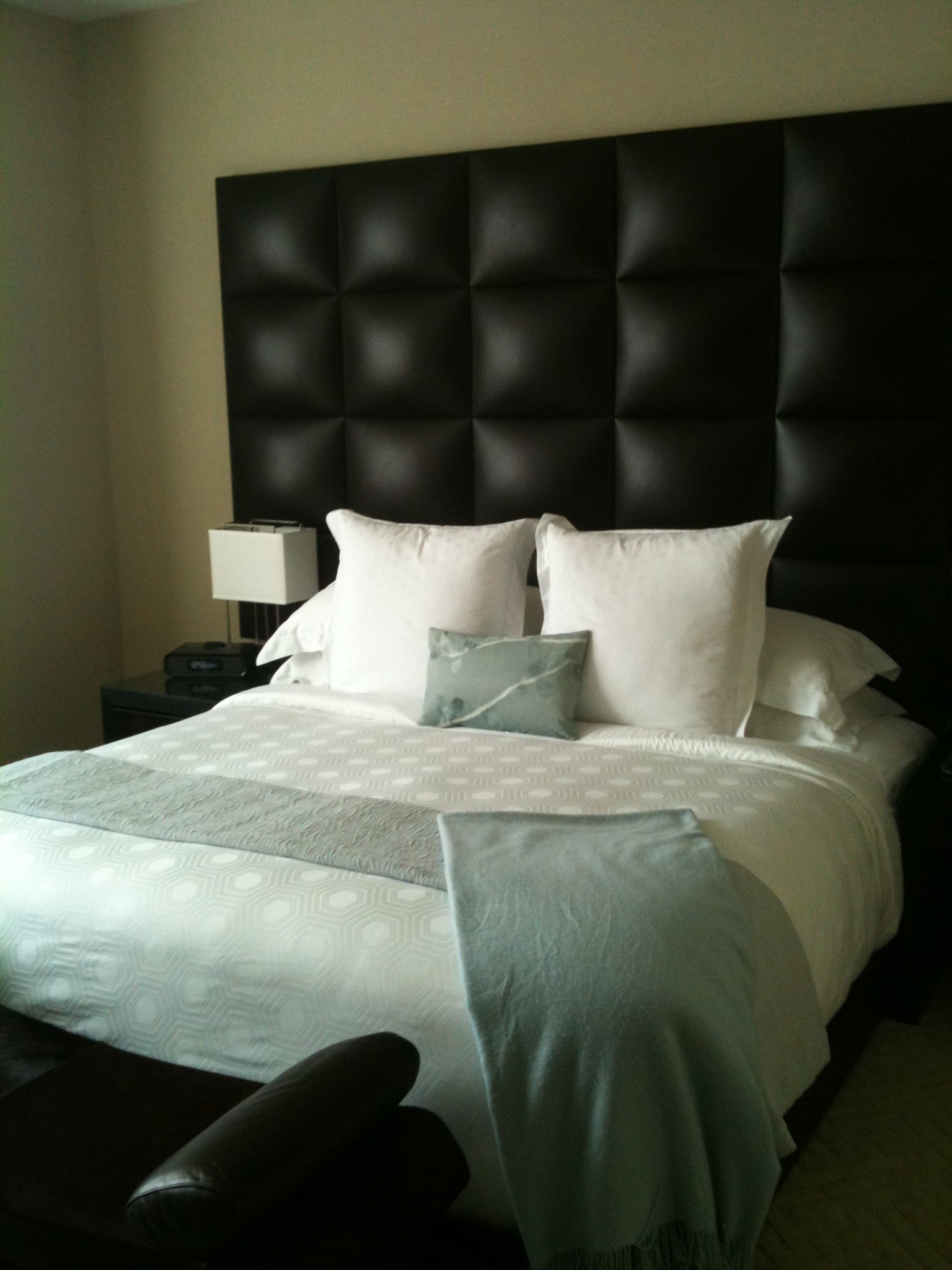 On Wednesday afternoon, I made my way, with some trepidation, to the Penguin offices on Hudson Street.  It would only be the second time I had ever met my editor and publisher, Amy Einhorn – we have spoken for hours on the telephone but our only other meeting was at a launch party for my friend Nancy Woodruff’s wonderful novel, My Wife’s Affair, that Amy had published just over a year ago.  Back then we had spoken for 10 minutes or so, and I spent most of the time doing my best to act as if it was simply an amazing coincidence that I just happened to find myself in New York on that particular evening, at that particular party, given that we had re-submitted my novel to her a couple of weeks previously.  I mean, what are the chances, eh?

Anyway, Amy was utterly charming and lovely, of course, as was her assistant, Liz, who has been herding me through the publication process with the patience of a saint, watching deadlines sail by with nary a word of admonition, bless her.  I met with Katie and Stephanie from publicity and Kate from marketing, who explained, very slowly and in words of one syllable, about the plans for A GOOD AMERICAN.  Everyone was very excited because we’ve just received an absolutely killer quote about the book from one of the most brilliant and successful novelists presently working (hint: the film of her New York Times bestselling novel has recently been released, starring that nice young man from the Twilight movies.)  Stunning, front-of-jacket stuff.  There isn’t too much I can tell you right now, save that the publication date is scheduled for February 7, 2012.  I battled through my jetlag, doing my best to keep and taking notes when I could.  Some things I am still not sure about.  Did Kate really say they’d be sending out three thousand galley copies prior to publication?!?  We brainstormed various ideas and discussed possible strategies and angles to promote the book.  It was all very interesting and I now have a much clearer idea about what lies ahead in the next few months.  Needless to say, there is still a lot of work to do.

During the course of the meeting various other Penguin people popped their heads in to say hello.  It was particularly good to meet Lance Fitzgerald, rights director, who has done an amazing job selling the foreign rights to the book all over the place – with hopefully more to come.

By the end of the meeting I had been awake for something in excess of 24 hours (having begun the day extremely early in the morning in Reading, England) but I battled uptown for a drink with my wonderful US agent, Emma Sweeney.  After that I walked all the way back to Soho, relishing the familiar excitement of simply being on the streets of Manhattan (which is quite something after eight years in Columbia, MO.)  By the time I had found a nice little Italian place on Spring Street, I was about ready to use my bowl of pasta as a pillow.  No live jazz for me that night.

The following morning (which I think must only have been yesterday) I met Amy for a long breakfast at the hotel and we talked an awful lot about a vast range of things, including my next book – that would be the one I haven’t actually begun yet.  One gruyere and sausage omelette later, we were saying goodbye and I was staggering to the airport.  Some hours later I was in my car, stuck in westbound traffic on Interstate 70, wondering if I’d dreamed the whole thing.  I’m writing this late on Friday night, my children asleep upstairs, a day in the office behind me, and New York seems a million miles away.