As I approach the end of this epic rewrite, I am faced with mixed emotions.

I will be relieved when the work is done, and I can turn my attention to other stories which have been waiting patiently for me. 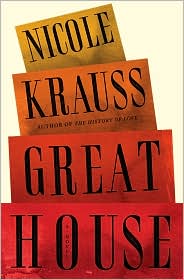 But with that comes the knowledge that this particular effort is almost finished, and with that knowledge comes a degree of sadness.  A favorite quotation of mine, which regular readers of this blog and my tweets will have seen before, is from the French poet Paul Valery, who declared that poems are “never completed, only abandoned.”  That thought occurred to me again this morning when I read a piece in the Huffington Post by author Nicole Krauss about finishing her latest novel, “Great House.”  She beautifully captures the ambivalent emotions one feels on the completion of a novel.  Here’s the quote, from the very start of the piece:

“There is something strange that happens at some point between when one turns a novel in to the copyeditor for the last time and the day it’s finally published. The book, which for so long was something elastic, shifting to accommodate each new thought, every nuance in the writer’s mood, begins to harden. One discovers that the chair that yesterday could be dragged across the room is now nailed to the floor. The novel begins to close itself to the writer who built it out of her private concerns and instincts. She who knows its measurements exactly, who invented its inner workings, begins little by little to forget how it was made. The more the novel becomes a solid thing in the world, the less access the writer has to the accidents, reversals, inventions, rejected ideas, passing weather, sudden triangulations, and unshakable intuitions that led to those words, and only those, standing there on the page with an authoritative air about them, as if they were always bound to be. The writer who locked the door not long ago loses the key.”

I’m not quite at that stage yet, but it won’t be long, now.  Soon my chairs will be nailed to the floor, too.  Will I feel anguish, or relief?  I’m not sure.  All I know right now is that there’s still a lot of work to be done.  Time is slowly running out.  Best get back to re-arranging the furniture.