No, this is not a post about books, or writing.

This is a post (actually an edited re-post) about something entirely different.  And personal.

Ahem.  You may want to look away now.  So, fair warning having been issued…

… the nurse was awfully nice.  She asked me what I did, how long had I been in the States for, did I like Missouri, all the usual stuff.  I lay back and did my best to answer naturally, but it was a little difficult to concentrate, because further down the bed my testicles were on public display, sitting primly on a carefully positioned towel and apparently unconnected to the rest of me.  I tried not to think about them, and instead gazed anxiously at my left wrist.  A small funnel had been inserted into my vein into which the anesthetic would go.  The nurse told me it was like drinking four margaritas in quick succession.  I have never drunk four margaritas in quick succession (I don’t think) but I was worried that it wouldn’t be enough, given what was going to happen next.

I love my children.  They are my life.  We have a boy and a girl; la choix du roi, as the French say.  They are both utterly beautiful and funny and kind.  And, praise be, healthy.  Every day my wife and I look at them and pinch ourselves and wonder what we’ve done to be so lucky.  But we didn’t want any more, either.  Best to quit while you’re ahead, and all that.  Why roll those dice again?  Besides, we had no wish to go back to diapers and sleepless nights.

But when Christina suggested that I get a vasectomy I found myself resisting the idea.  It was the permanence of the solution that bothered me.  I would be calling it quits, and even though I didn’t want any more children, the prospect made me deeply sad.  Perhaps I was struggling against some atavistic male urge to procreate, reluctant to sign off on my contribution to the human gene pool.  But I think it was actually simpler than that: being a father has been the most rewarding and wonderful thing ever to have happened to me.  Rationally I knew it made sense; emotionally I just didn’t want to close off the possibility of ever doing it again.

I stalled for as long as I could.  Christina waited patiently for me to work it all out, and in the end I relented.  Discreet enquiries were made, an appointment scheduled.  There was some delay before they could fit me in.  Vasectomies were terribly in that season.

On my way to the hospital, I stopped in at a shop that sold cycling equipment.  I had been warned that I would need some tight cycling shorts after the operation to keep everything neatly tucked up and out of harm’s way – without them I would be (I was assured by friends who had already gone through all this) howling with pain.  I prowled the racks of spandex, wondering what on earth I was looking for.  Finally a shop assistant approached me and asked whether I was looking for something in particular.  I cocked what I hoped looked like an amused eyebrow and explained that I was having a “procedure” later that day and that I would need to wear something tight.  He nodded at once, completely unsurprised.  (I guess I didn’t look much like a serious cyclist.)  Apparently they sell loads of the things every week to men like me.

I then spent a surreal few minutes popping in and out of the changing room, trying on different sizes of shorts.  A new problem had presented itself: exactly how tight was tight enough?  In the end I went for the tightest I could squeeze into – two pairs, actually – and drove on to the hospital with my kinky spandex pants.  (Now there’s a sentence I never thought I’d write.)

So, back to the Operating Room.  The doctor was late.  My conversation with the nurse was meandering along nicely.  Finally the phone rang.  The doctor was on his way.  The nurse plunged the syringe and the anesthetic slipped into my bloodstream, and a few moments later the doctor arrived in the room.  He wished me a good afternoon.  That’s about the last thing I remember.  I don’t know where that nurse goes for her margaritas, but it sounds like my kind of place.

Some time later I woke up in a wheelchair, as high as a kite.  There were so many drugs whizzing around inside me that I couldn’t feel a thing.  Christina drove me home and I spent the rest of the afternoon zonked out in bed.  I moved about very gingerly for the next few days, chugging painkillers and grateful for my spandex pants, which I wore 24/7.  (I knew better than to complain too much about the discomfort.  When it came to the whole baby thing, I knew which of us had suffered more.)

For a while there was a vague sense of regret about all the children I wasn’t going to have any more, but it didn’t last long.  Time heals most things.  After all, it’s not as if having two children to adore isn’t enough.  And it helps that they are who they are: 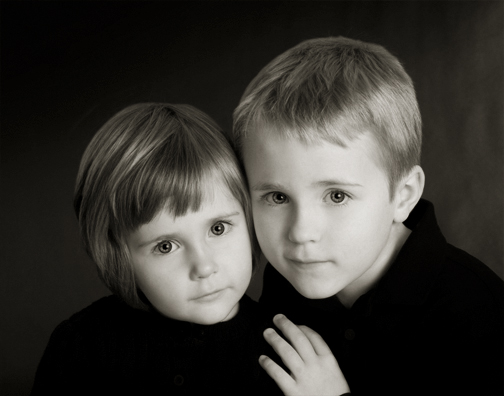