As regular readers of this blog (and especially my twitter feed) will know, I have just returned from a quick jaunt down south to New Orleans.  It was a great trip.  New Orleans is one of the few places that managed to live up to my preconceived notions of the place.  I had a blast, ate far too much (the subject of another post), and was pleased to escape Missouri for a little while.  My thanks to my friend Chris for inviting me along for the ride.  Even if it was 12 hours each way.  In a Mini.

One of the reasons I have been so keen to visit New Orleans is that an important, albeit brief, segment of my novel is set there.  It is the port where my protagonists, Frederick and Jette, first set foot on American soil.  That first night, Frederick sets off to explore:

It was murderously humid, even though the sun had long since gone down.  Frederick stood for a moment on the street corner.  He caught the sharp aroma of fresh tar from the nearby docks, then the sweet scent of bougainvillea, drifting by on a languid breeze.  He planted his hat firmly on his head and set off down the street, away from the water: into America.

Trams shuttled past him, bells clanking loudly as they sailed up the wide street, clouds of gravel dust floating in their wake.  On the sides of the tall brick buildings were paintings of giant bars of chocolate and bottles of milk.  Beneath the pale glow of the streetlamps, the sidewalks teamed with life.  Couples walked past arm in arm, their heads close together.  Sharply-dressed men prowled, their hats pulled down over their eyes.  Packs of thin-limbed children scuttled by in the shadows.  Frederick felt their hungry eyes upon him.  As he walked on, the cobbled streets narrowed.  The windows of upstairs apartments were flung open to the night, and the warm air was punctuated by raucous laughter and angry shouts.  Women leaned out of their kitchen windows and gossiped to their neighbors across the street.  He listened to snatches of their crackling, high-pitched conversations, not understanding a word.

After an hour or so, Frederick sat down on a bench and rested.  He was thirsty, and hot.  He wiped his brow and thought about returning to the hotel.  Just then, the sound of a cornet floated through the air.  This was not the sort of dry fugue that echoed through Hanover concert halls.  The instrument had been unshackled: it spiraled upwards, a whirlwind of graceful elision and complex melody.  The music streaked into the night, every note dripping with joy.  He stood up and followed the sound.

Half way down a nearby side street stood a building lit up like a beacon, bathing the sidewalk in its warm glow.  A sign hung over the door: Chez Benny’s.  The music spilled out of open windows.  As he approached, Frederick could hear other instruments – clarinets, a trombone, a banjo.  He peered inside and saw a large room crammed with people, some at small tables, some standing, others dancing.  At the far end of the room, six musicians stood on a stage.  The cornet player was at their center, his eyes tightly closed as he blew his horn.  Staccato flurries of notes ripped into the night, ragging the up-tempo tune.  Behind him the other men were swinging in a sweet, scorching counterpoint of rhythm and harmony.  The cornet player bent his knees like a boxer as he delivered each new blistering line of attack.  Hot glissandos shimmered in the air, tearing up the joint.

(For those jazzers among you who hadn’t already guessed: yes, the cornet player is Buddy Bolden.)

This sort of passage is tricky to write when you’ve never visited a place before.  I studied maps of the town, pored over old photographs of Canal Street and the French Quarter, where Frederick discovers the night club.  But none of it is a substitute for actually being there.  So it was with a sense of some trepidation that I went to the docks to see where, in my imagination, Frederick and Jette had landed.  As you might imagine, I was pleased to see this: 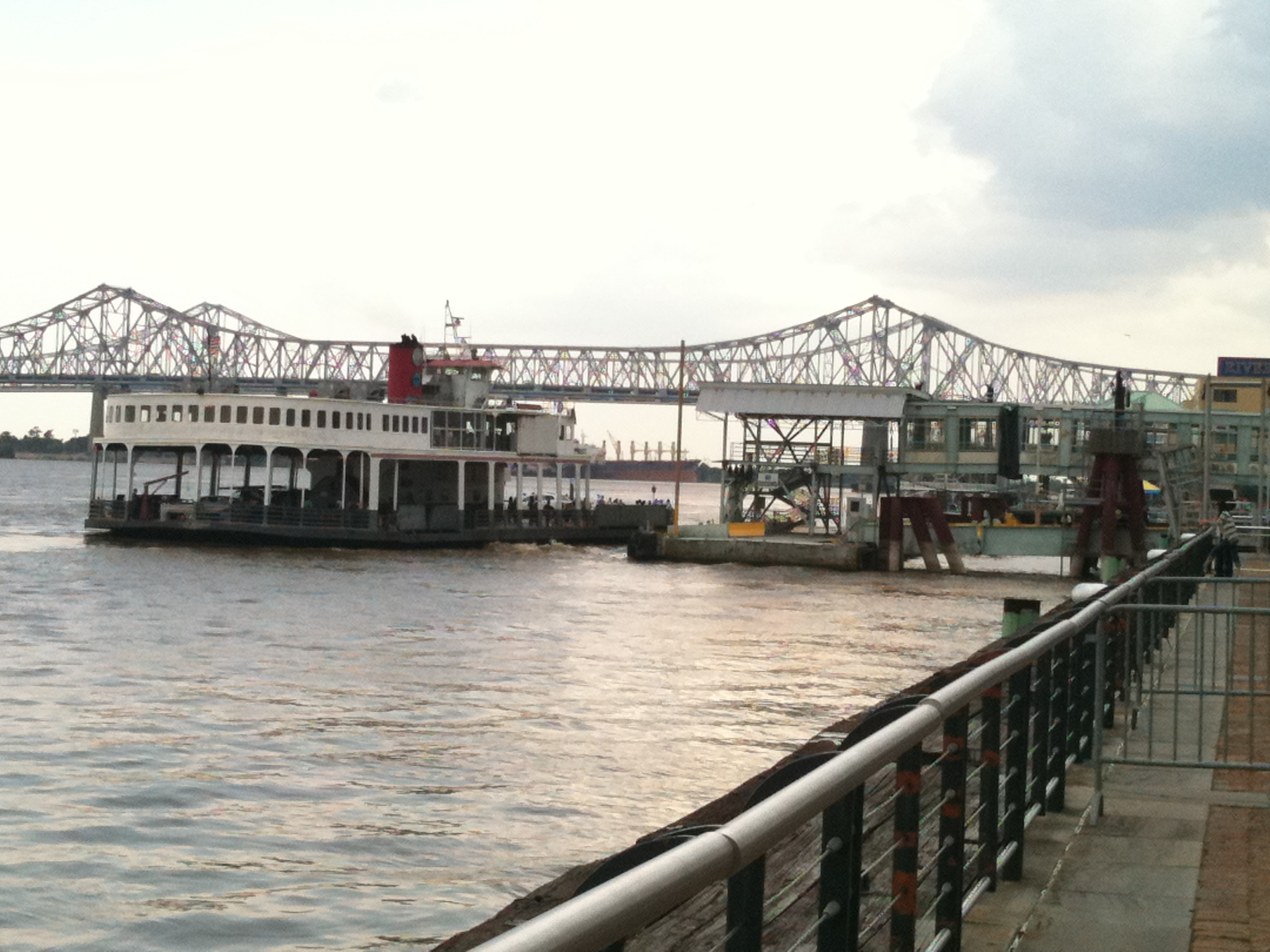 I had imagined that the hotel where Frederick and Jette stayed was immediately opposite the dock.  Who knows what was there in 1904, but now we have this: 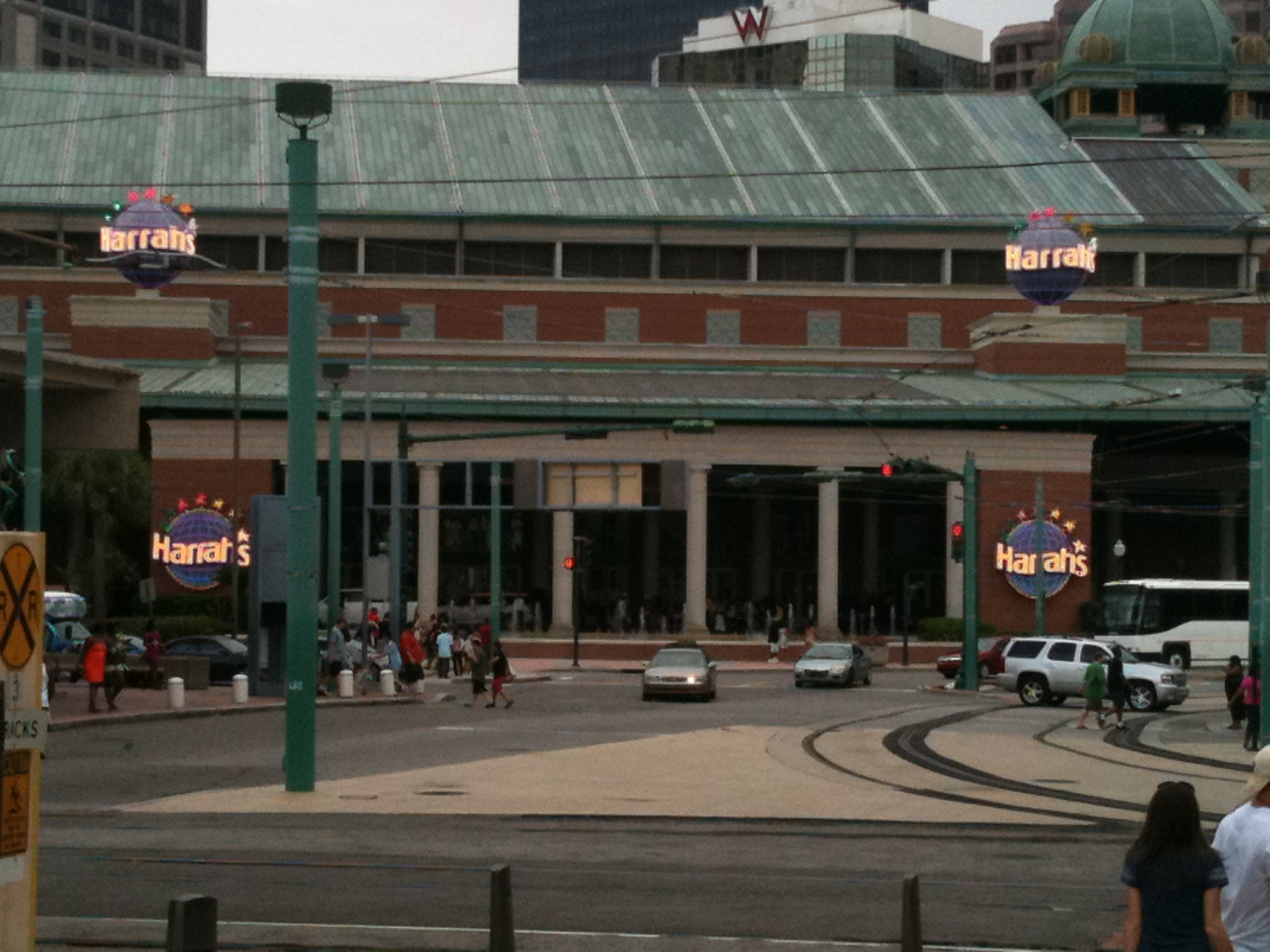 A cheesy casino.  Fabulous.  But that’s OK, I think – it could easily have been a hotel way back when.  Frederick’s adventure up Canal Street and into the French Quarter was geographically and topographically accurate, to my relief.  It would have been easy for him to go from this: 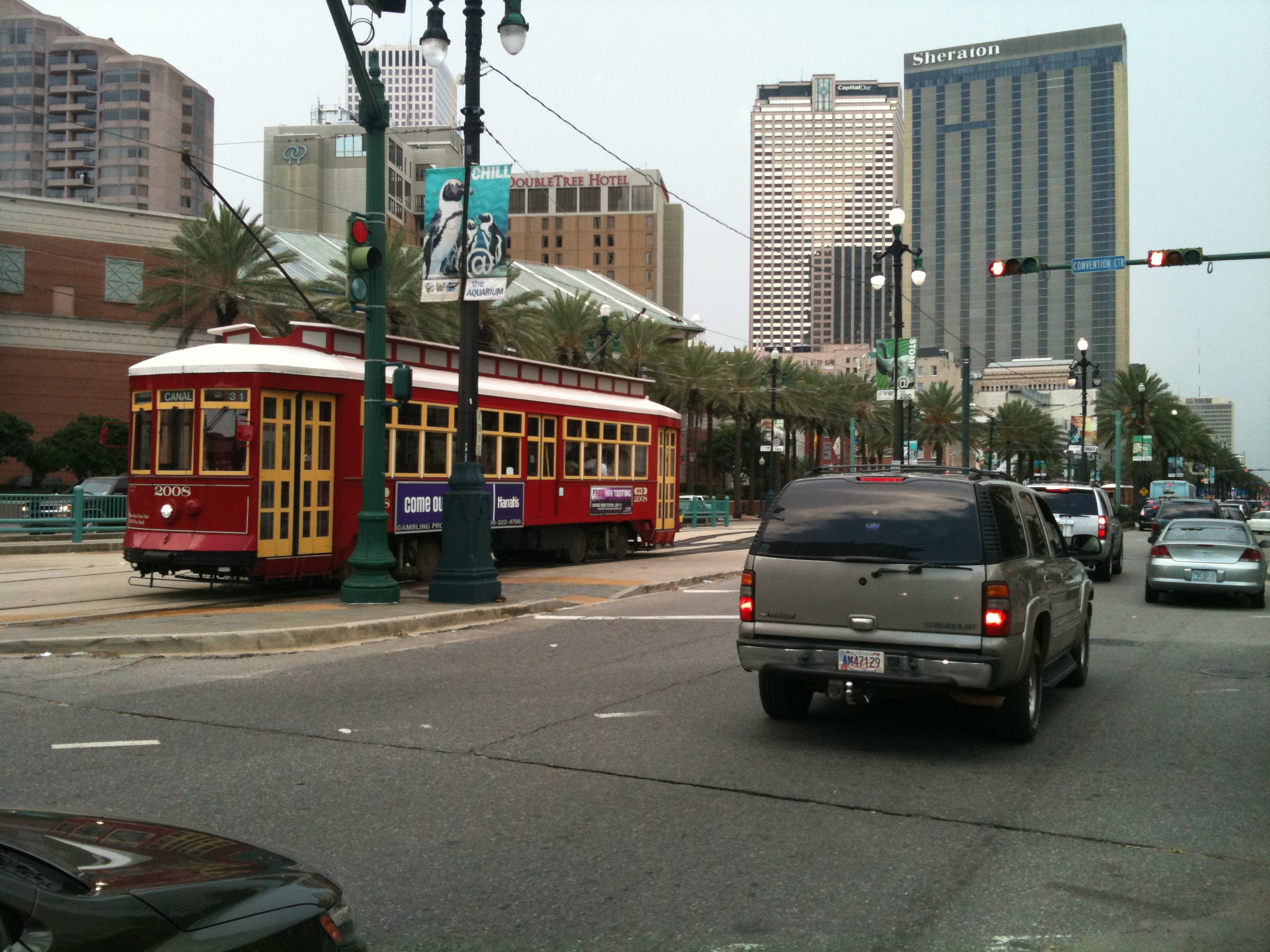 (note the trolley, still going 107 years later) to this: 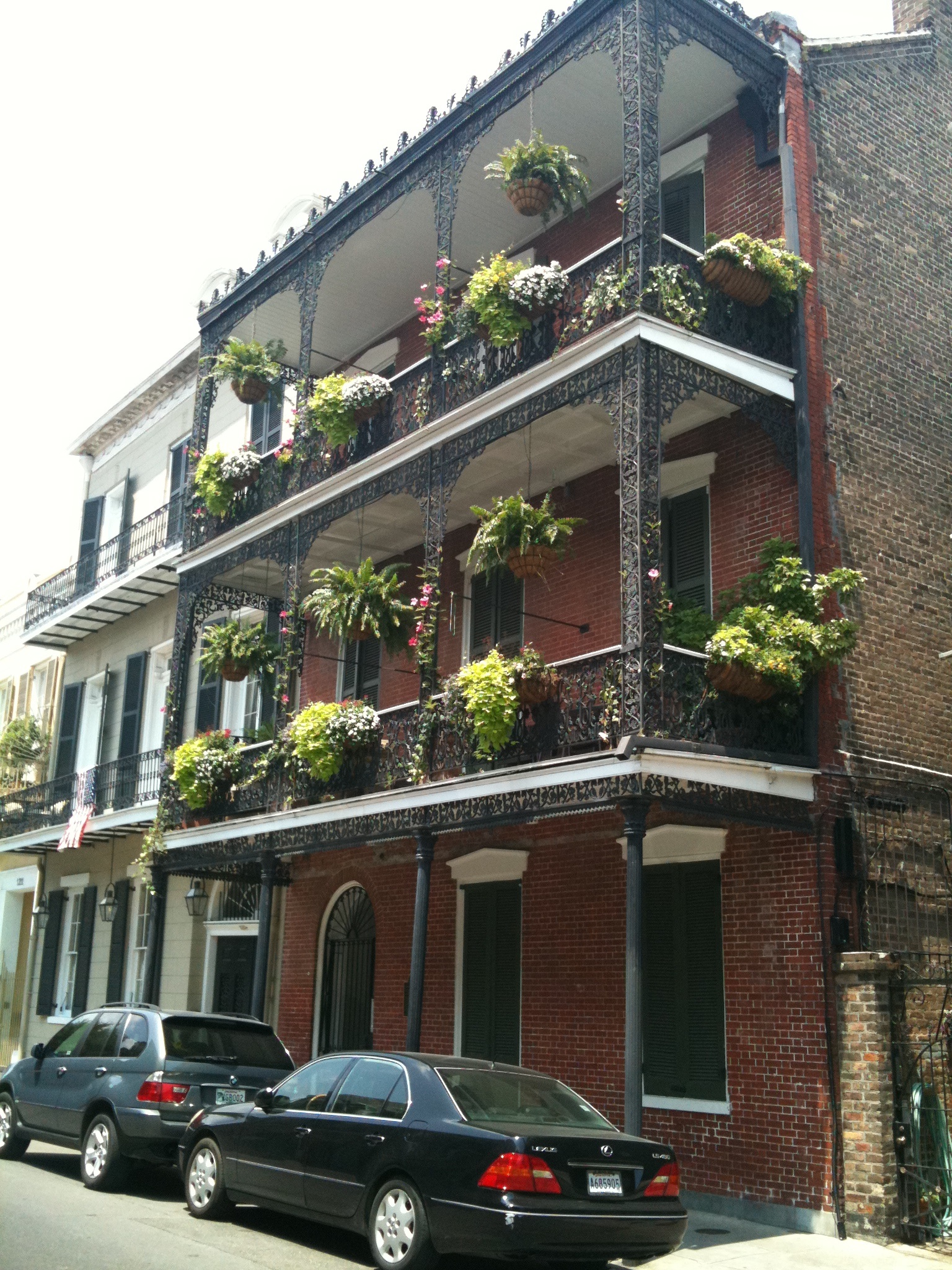 The French Quarter was everything I had been hoping for, and a little more.  It was beautiful, seedy, raucous, awful, romantic, smelly, and a whole lot of other things, too.  We spent a Saturday night there, drinking Hurricanes, and here’s a little clip of what we heard that evening. Talk about having your expectations met. The cigarette-smoking, wise-cracking dude at the piano in shades and a big hat couldn’t have been any more perfect. (And yes, it really was that dark.) More later.